Central Eastern Europe consistently ranks at the top of the world ranks in educational achievement in math, science and technology. In 2013, 16 out of the 24 finalists of Google’s annual Code Jam programming competition were from Central and Eastern Europe according to Bloomberg. This region also accounted for 8 of the 13 winners at this year’s ACM International Collegiate Programming Contest, as a Bloomberg report shows. In the US, by comparison, companies struggle with hiring good programmers. As a result, a growing number of deals are so-called acqu-hires, done for the sole purpose of securing skilled staff in order to build leading technical teams.

Reasons to Choose Eastern Europe as IT Outsourcing Destination

1. Highly skilled labor. Legacy from the former Soviet Union which had a significant emphasis on engineering and sciences back in the day; many of the resources from the countries of this region obtained deep knowledge in computer science and the labor cost is much lower than it is in the EU and the US.

2. Cultural similarities. Eastern Europeans have more in common with Westerners in terms of business culture and simple human qualities such as sense of humor and cuisines, and creative minds of Eastern European developers are almost legendary.

3. Time zones. Little or no time difference at all creates perfect conditions for real time meetings, allowing customers to fully monitor their development teams; personal meetings are just as real because Eastern Europe is an actual nearshoring for Western part of Europe.

4. Ever growing labor market. With constant resource shortages in the EU and the US, growth in IT field of Eastern Europe keeps on increasing leaving the latter far behind.

5. IT outsourcing is blooming nowadays and Eastern Europe is consistently developing to the most promising outsourcing destinations.

Contact centers in Europe are generally 10%-15% less expensive than US, Canada, and Australia contact centers and can be an excellent choice for: 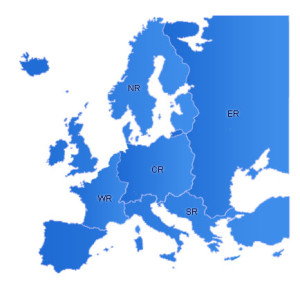