The Philippines is a leading nation in the business process outsourcing (BPO) market, both in call center services and the non- voice sector. It is an emerging player in the IT services market (Web design, software development, application maintenance, etc.) with companies focusing on niche segments such as animation.

Much of the attention (especially by US companies) on the Philippines is attributed to its primary strengths: strong English speaking skills and awareness of Western business culture. Many Fortune 500 companies have chosen the Philippines as their destination for outsourced service because of other noticeable strengths including: competitive labor rates, high literacy and a stable telecommunications infrastructure. The numbers clearly show these facts: in 2006, Philippine offshore outsourcing (IT and BPO) was about $3.3 billion and has grown at over 30% per year to an estimated $9 billion in 2009.

The offshore outsourcing industry in the Philippines first started in the 1990s, but really started growing in earnest at the start of this decade. As late as 2004, the industry was only about $1.5 billion, but grew at almost 50% for several years and is now estimated to be growing at about 30% and will reach $9 billion in 2009. Initially the focus was on call centers and low value added BPO, however growth over the last few years has centerd on higher value activities such as web design, software development, animation, legal services, medical transcription, and other shared services. Many of the older outsourcing operations are located in the capital city of Manila, but there is significant growth in secondary cities such as Cebu City, Pasig City, Quezon City and Mandaluyong City.

Contact centers in the Philippines are generally 25%-40% less expensive than US, Canada, Western Europe and Australia contact centers and can be an excellent choice for 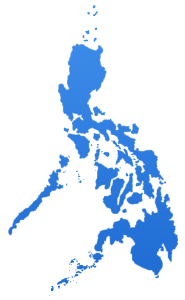