Egypt is rapidly gaining popularity as a location for global business process and IT outsourcing. In 2008 Cairo was ranked 7th on the Top 50 emerging outsourcing cities, and Egypt was bestowed with the prestigious title of “Outsourcing Destination of the Year.” According to a report by the Yankee Group, Egypt is “by far the Middle Eastern country currently best positioned to take advantage of the boom in outsourcing.”

Egypt has one of the best average wages with low infrastructure costs. It is open to westernized culture, home to many language institutions that can support the demand for skilled and multi-lingual labor, and its diverse population speaks English, German, French, Spanish and many other languages as well. Its geographical location between Europe, Asia, and the US, puts Egypt within the time zone of GMT +2, allowing it to serve the world in a round-the-clock pace. Some of the multinational companies that have invested in Egypt include: Wipro, Vodaphone, Valeo, Teleperformance, Satyam, Microsoft, and IBM.

Egypt has a Smart Village, a 600-acre business park outside Cairo designed to become the Middle East Center of Information Technology. Industry analyst Datamonitor predicts that the demand for Egyptian call centers will grow by 50 percent over the next three to four years. In the future, the country plans to generate around $2 billion in revenue by 2013 and $10 billion in ten years.

Despite its potential, the region has an unstable geopolitical system that can prevent it from attracting foreign investors, especially with recent events and political uprising. It also has infrastructure and pollution problems in Cairo, which is considered one of the most polluted cities in Africa. Its state-of-the-art IT parks is relatively few compared to India, which has around seven IT locations around the country.

Contact centers in Egypt can be an excellent choice for: 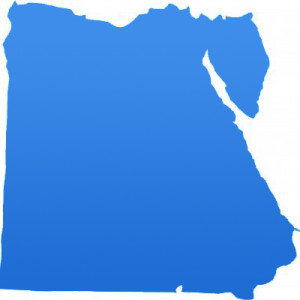